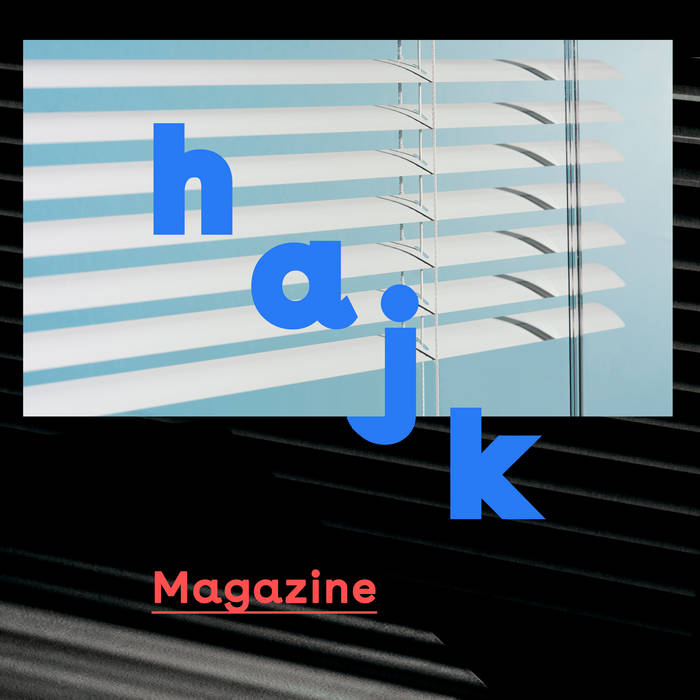 It’s like listening to a new, cutting edge version of the Dirty Projectors - Indie Shuffle www.indieshuffle.com/hajk-magazine/

«Lead singer Sigrid Aase opens the explosive intro with the relatable words: “Everything you said last night got stuck in my head, now I got my headphones on trying to think about something else.” Heard that, Sigrid. Falsetto harmonies, floral melodies and a skin-tight rhythm section made this track a 10 out of 10 for me, and I’m sure you’ll feel the same» - The Daily Rind www.dailyrindblog.com/freeloader-friday-sleigh-bells-hajk/

«Just two weeks ago, the band released their fourth single “Magazine”, which is another delightful track adding to their small, but rich collection of musical pieces» – Beehype beehy.pe/hajk-magazine-norway/

It’s time for another debutant at Jansen Plateproduksjon, and we’re proud of presenting Hajk as the newest member of our family. The Oslo band have so far released three singles, and their de-but album will finally be let loose on the masses during spring 2017.

But relax, there will be more music from the band before that time. Their single «Common Sense» have been played at various radio stations during the past months, and the band are finally ready to release their new single, the “complete” pop song, «Magazine».

Considering that they’re such a fresh band, Hajk have been surprisingly quick to adjust them-selves. Not long after they entered the door to their rehearsal space, they played at Slottsfjellfesti-valen, Øyafestivalen and by:Larm. They were listed on radio before they left the stage at those festivals, and now they’re here – with a brand-new record contract and a brace of songs that any band would be jealous of.

Hajk are fronted by Preben Sælid Andersen and Sigrid Aase, who share the vocals, while Johan Nord (drums), Knut Olav Buverud Sandvik (bass) og Einar Næss Haugeth (keys) completes the backbone of the band . Musically, Hajk are situated in a modern pop/rock landscape, with an em-phasis on very strong melodies. The band are influenced by artists like Dirty Projec-tors, Unknown Mortal Orchestra and Amason, but still they stand firmly on their own feet, with an original sound that also challenges the genre they belong to.

«Magazine» is a pop song that we guarantee you will hum along to from now on. Mark my words.

Your name pops up whenever I´m on my phone
And however you look at it, I´m all alone
And now I´m in and out of bad thoughts
I´m in a bad spot, but I don´t know what I´m supposed to do